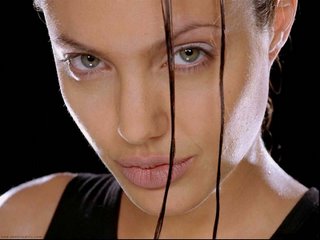 Hollywood Actress and Shooting in Pune

Hollywood’s famous actress Angelina Jolie was in the Pune for last one and half month. During these days all the media persons and punites were following Angelina where she goes. First few days she kept herself aloof and no one got her pictures. But one day Angelina and Brad Pitt were caught in Auto. They were going to see the prominent places in Pune and take the ride of city.

At that time Media persons take as many as photos they can and publish the stories about Angelina and Brad. Next day one newspaper published the interview of the auto driver in which both were traveled. After that many stories regarding ‘Brangelina’ and `A Mighty Movie` came in Media. Shooting of the movie was taking place in Sindh Society near Aundh in Pune. Many stories related to shooting and shopping of Angelina get place in Media. But everybody did not know stories, which give some extra information about A Mighty Heart. No one is allowed at Shooting and Media persons were strictly kept away was the main reason for that.

There is one interesting story regarding `A Mighty Movie`. It is heard that in that movie one House worker from slum is acting with Angelina. She is from Pune’s suburb and she is an Urdu Speaking woman. She and her 3 years old girl child is in the movie as per the information we get. After abduction of Angelina’s Husband that woman and Angelina are shown together in many scenes. That woman is caretaker of Angelina’s child and child is nothing but that woman’s own daughter. That woman is working as cleaner in homes. Director of the movie searched many slums and they choose that girl child first and then her mother to act in movie.

Those people were living in just 10 by 10 house in slum and they are real fortunate to get acting job with Angelina in movie. Every one want to take one photograph of Angelina and Brad but many of them didn’t get success. But the woman from slum who did not pronounce Angelina’s Name properly is the co artist with Angelina is nothing but the luck. Those people are also happy when they knew the greatness of Angelina and Brad. They are thankful to ‘Allah’ and all the crew of the movie as they co-operated well. But now mother and daughter are facing another problem as the media persons are going to their home for interview and they do not want to entertain the media. Movie men have told mother and her husband not to talk with any of media person. That’s why they not in the mood of giving interview.

On Urdu Theatre organization has also got good opportunity in this movie. That organization is working in Pune from last few years and they have performed in Most of the cities in India and in Pakistan also. Members of this organization are well aware of Urdu speaking and because of that they got job in the movie. They were shown in Mob and few of these artists were acted as neighbour of Angelina. They were also enjoyed the job and very excited when they were contacted by some media persons. All the crew including Angelina and Brad were present before time for the shooting and many times they didn’t take lunch because of the busy schedule. This thing is more important when we look towards Bollywood artists.This information was not published before anywhere. We have confirmed all the information and it is true according to us. Some of this information is also published in Pune’s local newspapers including some Marathi and English.

all I can say is IT WAS ALTOGETHER A JOLIE PITFALL....yu hoooooo!

that was a really inside story ..

Hi Exactly as you say.