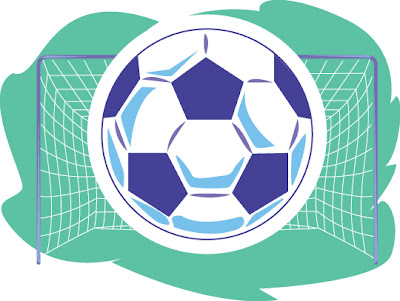 It’s unofficial but true. Cricket is the religion of India. That’s why Hockey is the national sports of India but most popular game in the country is one and only cricket. Cricket gets publicity, media coverage, funds and facilities from government and important is the support of the peoples. This thing creates the positive atmosphere for any sports and then that sports become more and more popular. But unfortunately in India only cricket gats all this and therefore we lack in other sports including hockey.

But there are some peoples who are not only sports loving but also they want to change the situation and for that they fight against the system. Elic turner from pune is one of them. He has completed the training course of ‘FA’ from England, which is beneficiary for any soccer coach. He completed that course successfully in 2005 and then work with well-known Bolton soccer club from UK. He might be the only Punite who completes this course.

After that turner comes to India and now he is giving training to students in Kalyaninagar, which is at the outskirts of Pune. There he runs academy for two days in week. In his academy there are around 65 to 70 students. Students get training as per European criteria and there is special attention towards each student. For that there are at least three coaches for each practice session. For each two students there is one football. This is important for the personal practice of dribbling, passing and kicks.

After running academy for more than one and half year now he has plans to open academies in other parts of pune i.e. Aundh and Deccan. He plans to go beyond pune and wants to reach little towns and village places through Mobile Academy. This is new concept he wants to develop. If any school wants training from Turner, then turner will go to that school with his colleagues and sporting material. There he will stay for two or three weeks and during this period he will give training for soccer players in that particular school. All this is only for soccer and upcoming player from small towns and villages. He will charge only few bucks and moneymaking is not the idea of this academy as per turner.

Turner is very upset with the currant situation of football. No one wants to do career in sports. If any one takes this thing seriously then cricket is the first choice. Football comes after so many games. Other thing is that soccer is limited to some states in India. Bengal, Goa, Kerala and some Northeastern state are soccer crazy. Therefore we lack in qualified coaches and such coaches are not available in many parts of the country. If we can give good coaching and training facility at school level then we can definitely improve our condition in soccer, he adds.

He knows that only one person cannot change the condition of game but still he fights against all odds and wants to reach the goal.
द्वारा पोस्ट केलेले ashishchandorkar येथे 5:46 pm