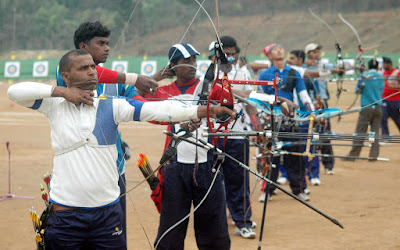 Sports Ministry's decision to drop hockey from the priority list might have caught everyone by surprise, but the government's grant to the federation has been steadily cut over last three years. Indian Hockey Federation received Rs. 194.21 lakh in 2004-05 but there was a drastic cut the following year and the federation got only Rs. 96.46 lakh from the government purse for promotion of the game in the country. The amount went down further to Rs. 92.09 lakh in the last financial year (2006-07).

The information was revealed by Sports Minister Mani Shankar Aiyar who gave details of the financial assistance provided to sports federations while answering a question in Rajya Sabha today. The government supplements the efforts of the national sports federations by providing assistance for training and participation or coaching of teams abroad, and procurement of equipments.

Hockey is not alone as some important sports federations have heavily lost on government funding in the last three years. The weightlifting federation, which faced two international bans in two years for doping offences, has been the worst hit. From Rs. 79.88 lakh in 2004-05, and Rs. 51.41 in 2005-06, the grant has come down to a meagre Rs. 3.28 lakh in the last financial year (2006-07).